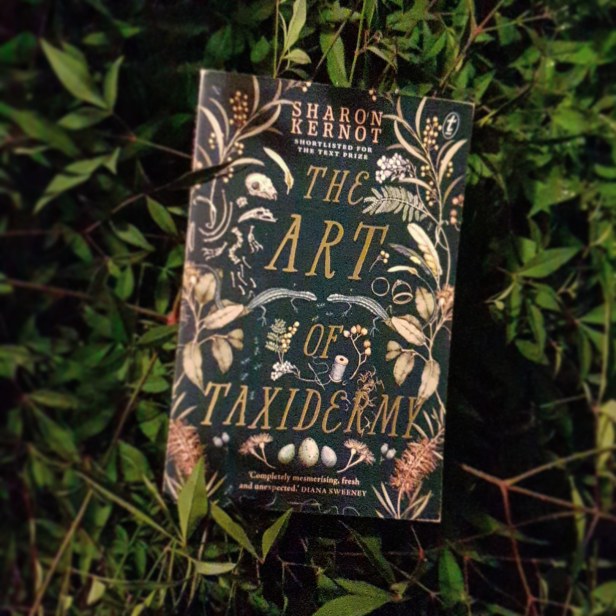 Charlotte is an 11 year old girl with no friends who likes to collect dead things. Having already endured more than her fair share of loss throughout her short life, she finds the presence of decaying bodies comforting. After picking up a dead gecko and taking it into her room to keep her company, her Aunt becomes worried that her obsession with death is not becoming of a young lady and sets out to ‘cure’ Lottie’s inquisitive nature. Written entirely in verse, this novel reminds the reader that no matter how ugly things may seem, there is beauty around every corner.

To start off I would love to extend my thanks to independent Australian publishing house Text Publishing for providing me a copy to review. (Take note reader! This is taking a different form because I can’t actually pinpoint anything rn that I didn’t like)

I honestly don’t know where to start with this one – my brain is literally so overcome right now that I can’t think straight and I am writing this from a moving vehicle just to get it all out. I found this package last night when I got home from work and did my usual ‘thankyou’s’ on Instagram and Twitter, expecting to add it to my every growing TBR pile. Instead this morning while waiting for Mr Tasha Leigh to get out of bed, I opened the pages and sat down to have a ‘quick look’ so as I could decide how far into the TBR pile it belonged. Fast forward to 2 1/2 hours later, one maple syrup stain, a stepped on cat and almost faceplanting while attempting to get into a car, I was done. Also, I was irreparably broken.

The plight of Charlotte is a sad one. Having lost her mother at a very young age, her sister in a freak accident and not having a single friend, Lottie is lonely. One day when walking outside she sees a dead gecko and decides to take it home to keep her company. Placing it snugly within a box for safe keeping, she carries on with her solitary life until she finds a bird and decides to take it home too. Eventually, her collection is discovered by her Aunt and things turn south.

Along the way she meets the equally marginalised Jeremy and the two become fast friends. Once the school holidays approach however, Charlotte is sent to stay with her Grandmother on her farm, once again making her feel the endless despair associated with her lonely existence. 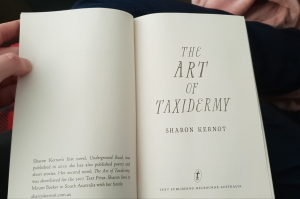 Written entirely in verse, this would not usually be a choice of mine, however I had heard others talking of its magnificence on social media and decided to give it a try. Beautifully formulated, this narrative took my breath away. Exploring themes of death, grief, unconditional friendship, family bonds and self-discovery,  it is not a story for the faint hearted. I found myself having to take multiple breaks throughout as I involuntarily shed a tear (it’s not my fault! My face sprang a leak I tell you!). By the end, I felt myself reflecting on my own experiences of loss and grief.

The cover art was amazing. On first glance, the combination of tailoring supplies, bones and Australian native flora seemed an odd but beautifully crafted one. It is quite evident after reading exactly why it was made this way (kudos to the cover designer. I bow to you).

The character development, while discernably difficult to do adequately within 200 odd pages, was almost perfect with the right amount of delving so as to explain motivation. The finding of her mother’s wedding rings and presenting them to her father really gave a different aspect to the seemingly careless male role model. Jeremy, while not present for the majority of the novel was so exceptionally written that I could feel his sense of alienation from his peers as well as his sense of loss in the final pages.

I am at this point going to end my review – usually I would make my list however this time, I can not think of a single thing I could criticise. Overall I really wish I could take this book and send one to all my friends and make them read it. I would definitely recommend it to anyone who enjoys poetry, and shall be ordering enough copies for my book club to read as a future novel. I therefore give it an unprecedented 5/5 stars.

The Art of Taxidermy is Sharon Kernot’s second published work and was released by Text Publishing on the 1st of July 2018.

Any and all opinions within are that of the author and have not been influenced in any way by the publisher of the work.

This site uses Akismet to reduce spam. Learn how your comment data is processed.

Close Encounters of the Paper Kind

Close Encounters of the Paper Kind

What am i reading?

in case you missed it